Complex regional pain syndrome (CRPS) is a condition of intense burning pain, stiffness, swelling, and discoloration that most often affects the hand. Arms, legs, and feet can also be affected by CRPS. This condition was previously known as reflex sympathetic dystrophy, Sudeck’s atrophy, shoulder-hand syndrome, or causalgia.

CRPS occurs from a disturbance in the sympathetic (unconscious ) nervous system that controls the blood flow and sweat glands in the hand/arm.  When the sympathetic nervous system becomes overactive—burning pain is felt along with swelling/warmth in the affected arm.  If not treated, CRPS can cause stiffness and decreased function.

The causes of CRPS may be unknown in some cases; often however an injury may precipitate CRPS.  Injury or surgery may be the most common instigating issues—but CRPS may be associated with nerve pressure, infection/cancer, neck disorders, stroke, or heart attack.  These events may set of the sympathetic nervous system as part of the initial pain sequelae.  Nerve injuries can cause the feedback look to become disrupted. 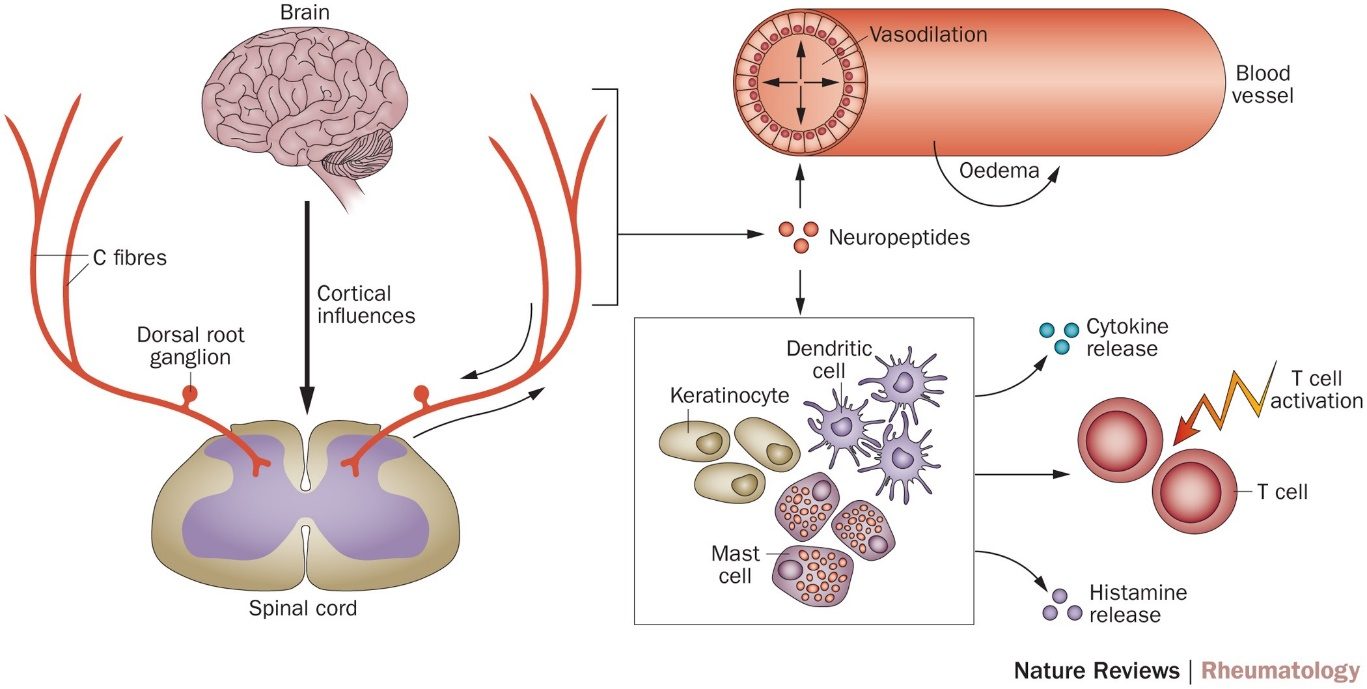 This stage may persist for three months. During this stage the symptoms include pain/swelling, increased warmth in the arm/hand and excessive sweat. Occasionally the hair and nails on the affected limb may show accelerated growth.

A left-hand manifesting Stage I findings in CRPS 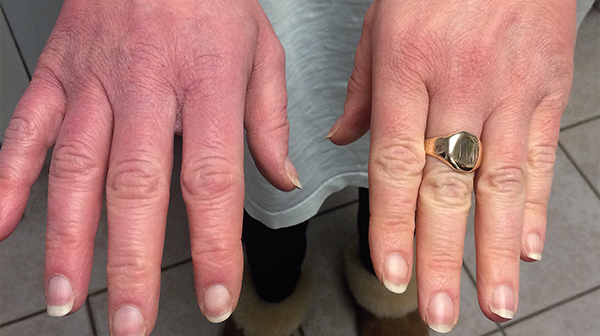 Stage III occurs after 1 year. The skin of the affected area becomes pale, dry, tightly stretched, and shiny. The area is stiff and there is less hope of getting motion back. Pain may decrease and the condition may spread to other areas of the body. 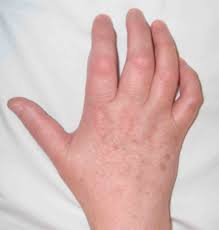 There is no single test that can make the diagnosis of CRPS. Some imaging studies, such as x-rays, bone scans, and magnetic resonance imaging (MRI) scans can help your doctor make a firm diagnosis.

Early diagnosis and treatment are important as late stage CRPS may show smaller changes in outcome.

Therapy. Active exercise that emphasizes normal use of the affected limb is essential to permanent relief of this condition. Physical and/or occupational therapy are important in helping patients regain normal use patterns. Medications and other treatment options can reduce pain, allowing the patient to engage in active exercise.